The Philadelphia Eagles will play another football game this weekend, the final game of Wild Card Weekend in 2019 NFL playoffs when they play host the Seattle Seahawks on Sunday, January 5 at 4:40 p.m., the NFL announced late Sunday night.

According to Draft Kings, the Eagles are 1.5-point home underdogs against the Seahawks. Some sports books have the Eagles listed as favorites.

The two teams met in Week 12 in Philly with Seattle winning the game 17-9.  Since that time, the two teams have gone in opposite directions with the Seahawks going 2-4, including losing three of their last four, and the Eagles going 4-1.

Both teams have suffered numerous injuries along the way.

Here is the complete NFL playoff schedule for next weekend: 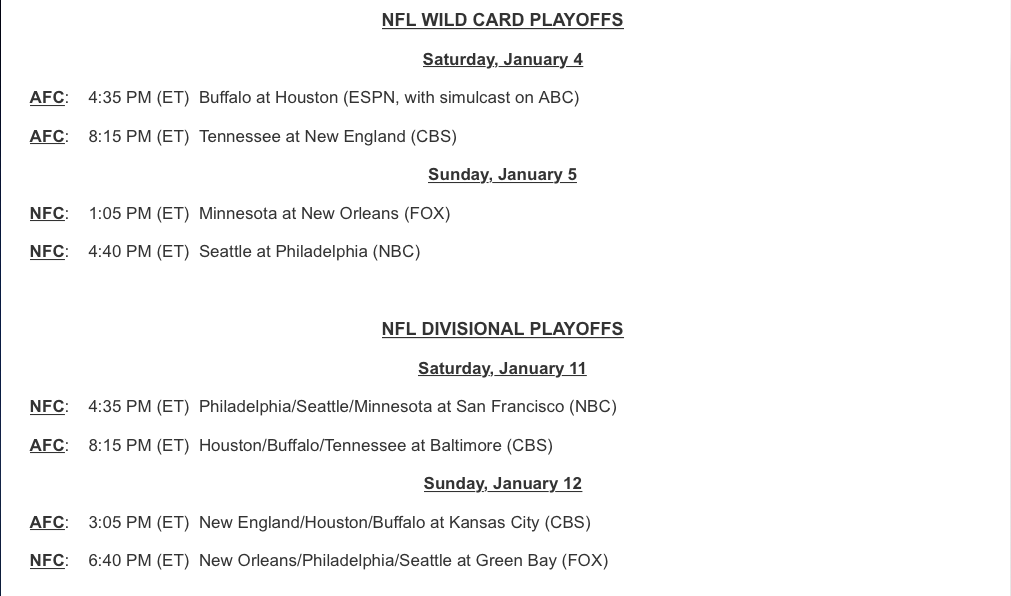